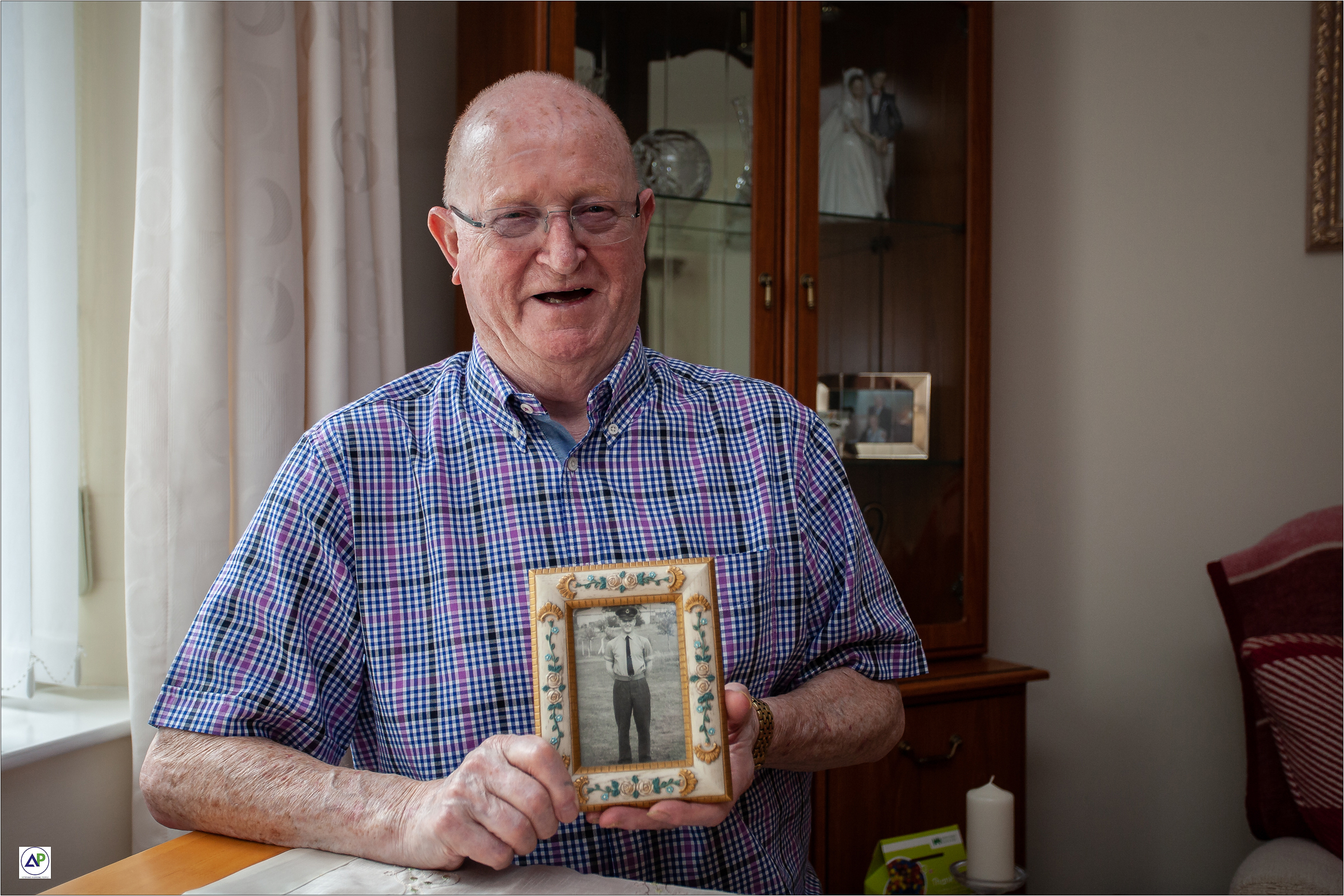 Wally is 77 and has lived in this attractive and very comfortable block of Sunley Orford apartments with his wife for the past 9 years – and loved every moment of downtown Truro after a lifetime in downtown Liverpool. Like many, some of Wally’s family came down to Cornwall first, he got to know it through them and grandchildren and then after three years on the waiting list got a place here.

‘Took a while to get accepted’ he says but they expected that and Scousers typically don’t take too long to become part of the community. Wally’s been married to jean for 57 years – he was 20, she a child bride at just 18 – ‘five life sentences’ he joked but is clearly very happy with his lot and his bride and living in Cornwall now; makes it back to Liverpool every year to see old friends and family and of course they head for Cornwall pretty regularly too.

Like Bill, Wally is another ex-military man though less widely travelled and being a youngster joined up a decade later in 1961 – RAF rather than Army, signed up for nine years; and just like Bill the ‘big show’ may have been over but there were always hotspots around the globe that the British wanted to keep hold of, had strategic interests in or felt they had to ‘police’ – In Wally’s case this meant Cyprus from 1963 to ’66. The sunny Med beckoned. Even in the sixties our chaps in uniform were still busy.

So after training at Catterick Wally was an RAF fireman at the big base at Akrotiri on Cyprus looking after fighter jets that patrolled the Med. Not a wildly hostile billet but Cyprus was still very tricky back then and our boys (and girls) were not let out after 4.30; no chance of a ‘run ashore’ as they call it in the Navy, confined to barracks and that can get to you after a while. Jean never really liked any of his military life, wherever it was.

When his nine years were up Wally had held out the logical hopes of becoming an MOD fireman in the UK, would have kept the pension ticking along nicely, but it wasn’t to be due to some minor problem with his left ear so he returned to his previous job as a motor mechanic in a a small place working largely on BMC cars – Morris and Austin – that pretty much ruled the roost back in the seventies. In ’83 Wally moved on becoming a bus driver for the council, which he loved. Drove pretty much everything and was very much a double decker man – easy he said ‘they’re just bigger!’ when I said that I could never get my mind around driving around in something that size. A nice job ‘til retirement.

But then in ’97 another ailment got him – an arthritic knee and how quickly a physical ailment can turn to a mental and emotional one – gave up the buses and had to give up football too; a dodgy knee not good for either and certainly the latter not good for a Liverpudlian. ‘I got bitter’ he says ‘VERY!’ hardly the same man. And in a way that was that – from working with fighter jets, through well – known cars, to double deckers to – nothing. At every turn after that diagnosis his search for real work seemed stymied and at 56 years of age that can be a killer – allegedly nine or ten years to go ‘til 65 but no chance. What a waste. Did some voluntary work for the Credit Union. Luckily jean had a secure job with Liverpool Corporation for 32 years and that kept them going.

And through their grown up children in 2002 they got to know Cornwall and gradually from Camborne, initially, got attracted to Truro and checked out this place, put their names down and eventually got the call and down they came. Moving in when Wally was a relatively young 68 and Jean 66 – well able to take advantage of everything that Truro has to offer sprightly pensioners.

And of course there’s still the footie – Wally a Liverpool man through and through, having no time for the ‘blue noses’ at Everton. I left him looking forward hugely to the final of the European Champions League on May 26 when his old home town would once again, memories of 2005, be back in the sporting spotlight. Hopefully successfully.

Interview by Dave Meneer May 2018. Photograph by Peter Blyth.