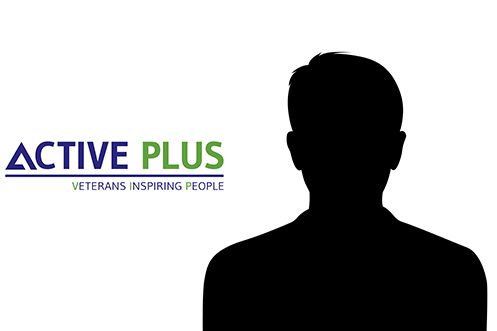 Paul served with the Rifles for 9 years. He was severely injured by a roadside bomb which led to his medical discharge. After a period of rehabilitation, Paul found it hard to find employment, the jobs he tried were not always suitable and he struggled with the transition, becoming very aggressive and angry with everything. These issues soon became unmanageable and a PTSD consultant referred him to Active Plus.

Paul became a volunteer with Active Plus, helping unemployed people gain the confidence to get work. He really enjoyed being in an environment that recognised his skills; all of his delivery team were injured veterans that could relate to his situation. The confidence he gained through this allowed him to progress. Improving his appearance and presentation, Paul began engaging with the course participants, supporting their development as well as benefitting himself.

Paul is now a part time instructor. Active Plus helped to fund a car allowing him to deliver more courses over a wider area in Devon and Cornwall. He is now very positive about his future – with one young child and another on the way he believes he can support them, and that they can be a “normal” family again.