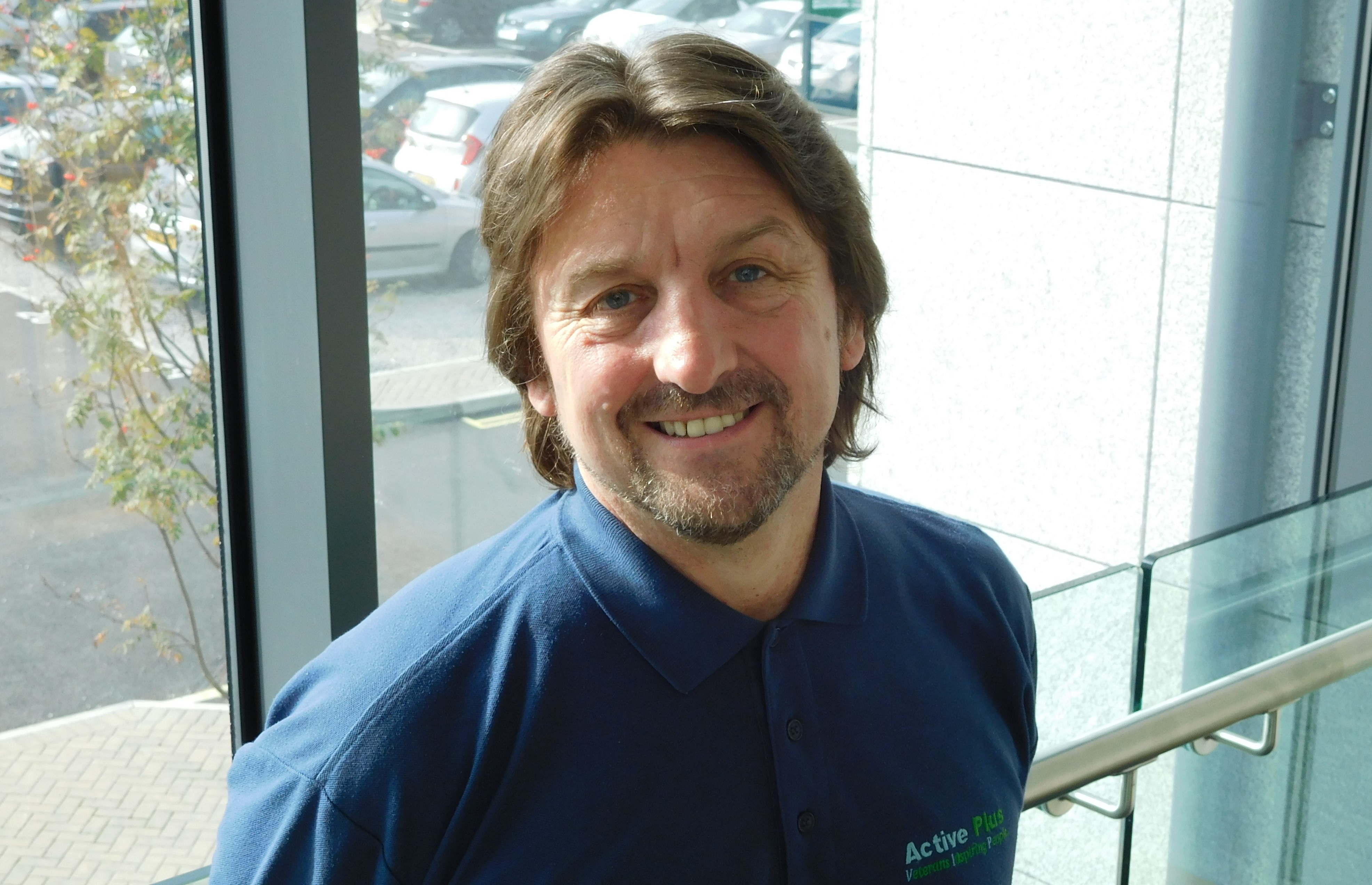 Paul had a successful career in the Navy and served on the Sir Galahad in the Falkland conflict. On leaving, he worked as a manager with a number of large organisations including Orange. After a drawn out illness Paul started having flashbacks and was diagnosed with PTSD. This led to Paul isolating himself from everyone including his family and he started drinking heavily. After several years of unemployment Paul was referred to Active Plus through the NHS and started as a volunteer. He struggled with his confidence and mental health issues and took a while to become fully trained as an instructor, at this time he also received support from Combat Stress.

Paul spent 2 years as a lead instructor delivering employment courses in Plymouth for DWP customers who were over 50, long term unemployed or receiving benefits due to ill-health. During this period Paul trained and mentored 6 other veterans from the Plymouth area, one started full time employment, 2 were employed with Active Plus and the others became volunteers with us.

Paul has since joined forces another Active Plus injured veteran and set up his own business delivering first aid training and is now part of the Active Plus Communities delivery team. Below is an extract of an email from his daughter.

“Since being a part of Active Plus Dad has been up and out of the house more; to go to work but also to spend more time with people and to have outings with people and his family. He seems to be a lot more positive in himself and not as miserable. I think by working to help people gives him a sense of doing something good, which is worthwhile. By having work to go to and work to do I think he is then distracted from thoughts he has about the past and the pain that he is in. Though he still has bad days were he is incapable of participating in the day.

In the past Dad had been a volunteer, but either due to his medical state at the time or because of the placement he would frequently be reluctant to continue and eventually stopped. Seeing as Dad has proceeded to stay with Active Plus and as he spends more time with his family, with a more positive outlook, I think Active Plus is a really good program and I’m really glad my Dad has joined so that he is happier.”