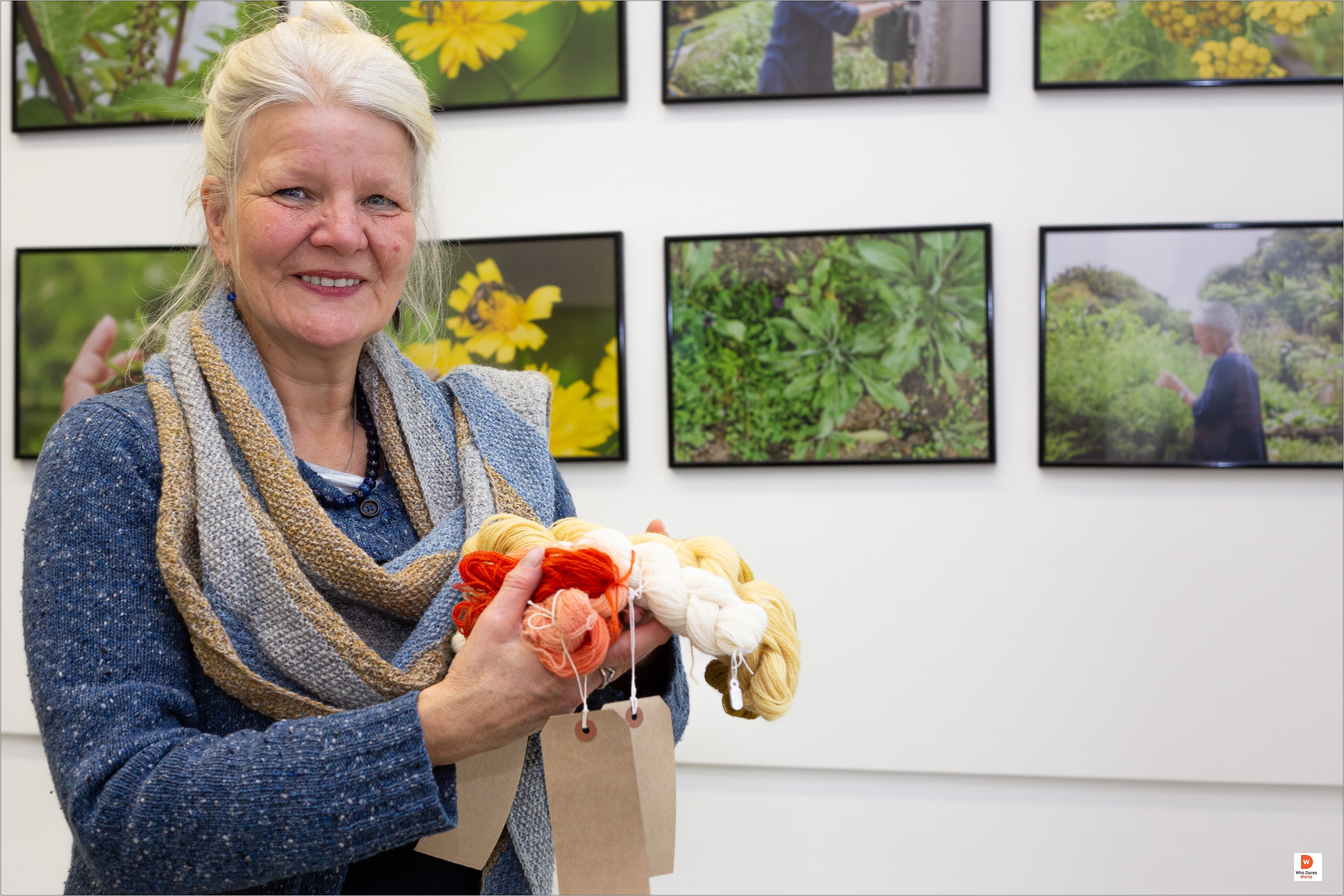 Within weeks of leaving the project, Christiane Berghoff launched her first solo exhibition at the university campus at Penryn, due in part she said to her newfound confidence and self-belief.

Christiane graduated from Falmouth University in 2015 with a Masters in Art and Environment. It should have been the start of an exciting new chapter in her life. Instead it was the beginning of, “four years of a personal rollercoaster”, she said.

Her former partner and best friend died suddenly in early 2016. By the end of the year she’d suffered a suspected stroke and was being treated for anxiety and depression. Christiane then separated from her new partner and left the home they shared. By the time she joined Who Dares Works in 2018 her mum had also died. Christiane said, “Looking back I think what I had was burnout. I was in a mental and emotional situation where I had no self-belief to look after myself and my own affairs.”

With her son away at university, she was on her own for the first time in her life, a situation she described as “quite scary”. Her savings were dwindling and she had no other income. Despite needing a job, Christiane’s main priority was dealing with her mental health issues.

She accessed specialist support from Who Dares Works partner Pentreath which helped her to cope with her panic attacks, and with the continuous support of her mentor by the spring of 2019 she was ready to consider finding work again. “I had ideas what I wanted to do but I just wasn’t there yet, “ she said.

Christiane admitted she had low expectations at first – a part-time job in a local café appeared to be the height of her ambitions. But she worked closely with the Who Dares Works, work ready team, building a new CV and applying for jobs more suited to her skills and abilities. She secured an interview with the University of Exeter which she described as, “an amazing boost to my self-confidence” and although she didn’t get the job it encouraged her to pursue her ambition of becoming a freelance artist and textile teacher. “I feel much more equipped for example to write proposals for work, to find the right sort of language to get my ideas forward,” she added.

Before she joined Who Dares Works, Christiane had already been accepted on the Creative Exchange Programme at the University of Exeter, which shares a campus with Falmouth University in Penryn. Working in the walled garden there, she grew and nurtured plants for their botanical dyes and to explore which were most attractive to insect pollinators. She harvested the plants and extracted pigments which were used to dye woollen threads – a practice which was used for centuries but is now almost forgotten. Christiane said, “The point is to have conversations about how we live in our world. We need to learn again to care for our environment and the creatures we are dependent on, like bees. If we can’t care for our bees then humanity can’t survive”.

She stitched the threads onto panels which are now being exhibited at the Environment and Sustainability Institute at Penryn. “In these panels the garden is present, the insects and pigments as well. It is like a snapshot of the summer of 2019, of everything that has happened there. It made me fall in love with the garden and I want other people to see that,” Christiane said.

She wants the exhibition to be a launchpad for her artistic and teaching practice. but doubts it would have happened if she hadn’t joined Who Dares Works. “ It was a lifesaver for me because when I think of where I was when I started, and although I still get the occasional panic attack and the anxiety hasn’t entirely gone away, I’m now moving forward, “ said Christiane.